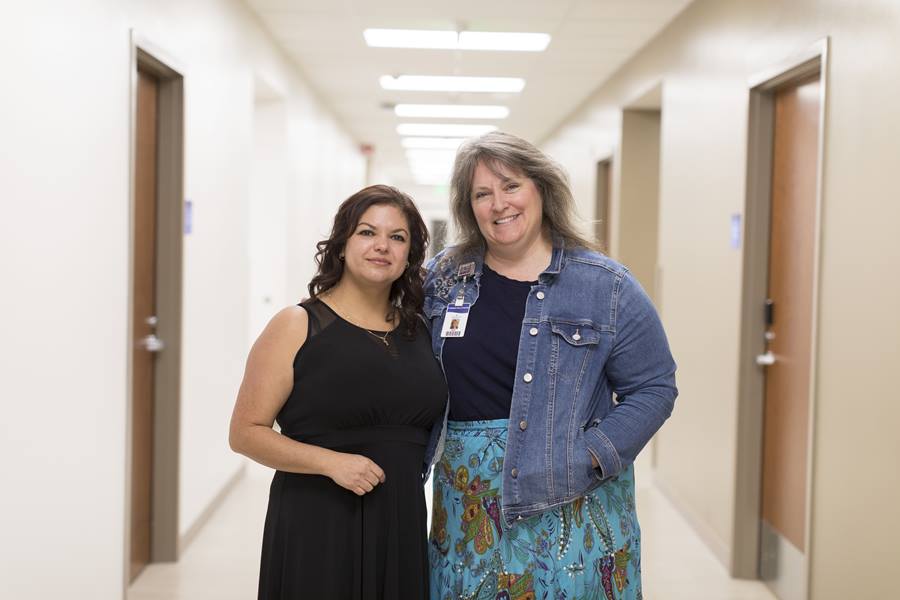 It’s been 20 years since Val Guerra became a U.S. citizen. Since then, she’s helped her husband, mom, and step dad all become citizens. From her first step off the plane from Guatemala as a timid school girl, to learning to skydive and becoming a grandmother, Val and longtime friend, Terri Draper, reflect on how she’s evolved since coming here.

Val Guerra: Every time I think of Guatemala, I think about the airport where I said goodbye, and I haven't been there for 30 years. My earliest memory in the States is, “What a strange place.” Not understanding people, I was very quiet. In elementary, everybody raised their hand and I raised mine. I didn't understand what the teacher said, and she picked me being the new student. I was like, "I have no clue." It was the Pledge of Allegiance, and every word she had to dictate to me. It was so embarrassing. I think I was as red as an apple. Those were my memories in this country, just something weird, different, scary.

Terri Draper: One of my earliest memories of you had to do with meeting you shortly after you obtained citizenship, and you were so proud of that. It had taken you a long, long time. Can you tell us about what that was like?

Val Guerra: Getting citizenship was 20 years ago. One day my wallet was stolen, so I was like, "Uh, I'm going to have to do something about this." I have copies of everything, so I went and one of my friends, actually a coworker, she helped me fill out the paperwork. There were 100 questions I had to learn to become a citizen, and I made it a game. I had everybody going, "All right, who did we fight in World War II?", and, "Who did we fight in World War I?" I made everybody remember their history; “If I have to, you should too.” Even though, at the end of the day, they asked me, “What are the colors of the American flag?”

Using my application, I filled out my husband's because he was also an amnesty child. That's why I tell everybody, if it wasn't for the amnesty, you would still be looking at an illegal lady here. Then, I did my mom's, my stepdad's.

Terri Draper: See, I just think that's such a force for good. You have been an inspiration to so many people. I have a daughter-in-law who recently obtained her citizenship, and so we thought about your story from time to time. She still had 100 questions to study, by the way, and we studied it as a family. I see a passionate, young grandmother now, but a young woman 20 years ago when we first met, who was determined to have a great life.

Terri Draper: What does it feel like when you just leave the airplane?

Val Guerra: First thing is like, "How do I breathe," you can't breathe. Isn't that what sometimes life is? Then, you just go with the flow. I'm telling you, don't dare me because somehow, I'm going to do it.