​​​​​​​​​Imagine being a teenager and losing your hearing and not even realizing it. That's what ​happened to Ogden resident David Bingham whose hearing loss was so gradual that initially he didn't notice anything was wrong. At first his parents didn't notice either and though​t perhaps he was ignoring them sometimes and attributed it to "being a teenager."

By the time David went to the doctor around the eighth grade, he had lost 50 percent hearing in his right ear and about 20 percent in his left ear. Something had to be done, but it wasn't clear how the hearing loss had occurred.

"I had a lot of ear infections as a kid and the doctors thought that maybe those infections caused scar tissue to form," says David. But even after a couple surgeries, including removing scar tissue and putting tubes in his ears to see if it was a drainage problem, the hearing loss stayed the same. 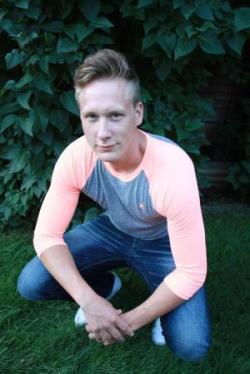 The only accident David had been involved in was an ATV rollover when he was 12 years old, but the injuries were not significant. In that accident, he'd hit his head and broke his arm, but otherwise was fine. No one thought anything about his ears or the hearing loss being connected to that accident.

That was until David met with Michael Scheuller, MD, a McKay-Dee Hospital ear, nose, and throat (ENT) physician who provides medical and surgical care. By then David, who is now 25, had been wearing hearing aids for almost a decade, pretty much all through his teens and early 20s. "I really didn't think anything would fix it at this point," David says. He was used to the inconveniences for hearing aids, including the constant need for repair and having to remove them while swimming or taking a shower.

Find an ear, nose, and throat physician at Intermountain Healthcare.

Recommended for you: How Loud is too Loud?