New Intermountain in Nevada My Health +
Bruce C Poulsen PhD Dec 17, 2013
"You may think I’m small, but I have a universe inside my mind." ―Yoko Ono

In any essay about the busyness of living in Manhattan, the writer Adam Gopnik described his 3 year-old daughter’s imaginary relationship with a man she called Charlie Ravioli. Gopnik’s daughter, Olivia, constructed an elaborate myth about Mr. Ravioli, a busy New Yorker who “lived in an apartment on Madison and Lexington.” She would frequently announce to her parents that she had “bumped into Charlie today,” and would describe fictional episodes of going out for coffee, grabbing lunch, or racing across town in a taxi. More often than not, however, Olivia would comment on Charlie being too busy to get together, or just missing him when she would attempt to reach him. Olivia’s parents were fully aware of the fictional nature of this relationship but were concerned that Olivia’s distortions might reflect a psychological problem or trauma. Gopnik consulted his sister, a child psychologist, who reassured him that such imaginary friends were completely normal and healthy. Gopnik wrote that children like his daughter were developing “a sense of the serene possibilities of fiction.” His sister also turned him onto a then-recently published book by Marjorie Taylor, Imaginary Companions and the Children Who Create Them.

I remember coming across Taylor’s work while doing my own research on fantasy proneness and imaginative involvement. Not only are imaginary companions quite common, fantasy-prone children tend to have positive interpersonal, creative, and cognitive capacities. They tend to be more outgoing, better able to focus their attention, and more effective at seeing things from the perspective of others. Much like Olivia, who saw her parents and their friends being caught up in their frenetic city life, children may express their own feelings by attributing them to their imaginary companions.

Children sometimes take their fictions a step further, inventing what some have called a paracosm. A paracosm is a detailed, imaginary universe that may include a cast of characters, unique culture and customs, make-believe geography, and invented languages. First described by the researcher Robert Silvey in the 1970s, the term has since been used by developmental psychologists to describe the often intricate parallel universes that some children will create to orient themselves to reality. 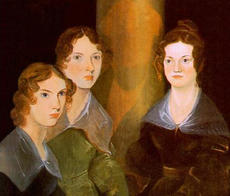 Many artists and writers – including Nietzsche, W. H. Auden, and the Bronte sisters – developed paracosms as children. According to the British Library, the Bronte sisters, along with their brother, created imaginary countries which they called the “Glass Town Federation.” They were obsessive about their imaginary worlds, drawing maps and formulating personalities for their characters. They thought of themselves as the gods of their world and the stories of Glass Town were reportedly written in tiny micro-script, as if inscribed by miniature toy soldiers. And then there's J.R.R. Tolkien, whose Middle Earth must have had at least some of its genesis in Tolkien’s own working out of childhood experiences and conflicts.

Freud has famously (and transgressively) said that we are happiest when we are pursuing childhood dreams and longings. This is one of the reasons that excessive wealth is not associated with increased happiness (the youngest among us don't crave wealth; they want connection and play). The dreams and desires we do have as children create echoes and shadows that preoccupy us for a lifetime. Or, to paraphrase Nabokov, we become the shadow of our wildest imaginations. We should not be surprised by our own paracosms – whether imagined in Second Life, MMORPGs, or lazy daydreaming. As children, fantasy gives us a sense of the possibilities of fiction.