The first surprise came when Katherine and Andrew Brown found out they were expecting their third child. The next came when Kate announced she wanted to deliver the baby at the farm where Andy grew up — today the site of Riverton Hospital — 258 miles from their home in Nevada.

The last surprise came when their baby — a beautiful, healthy boy named Wyatt — was born April 9 in a hospital room overlooking the area where Andy’s family home once stood, and the pasture where the Brown family cows used to spend the winters. 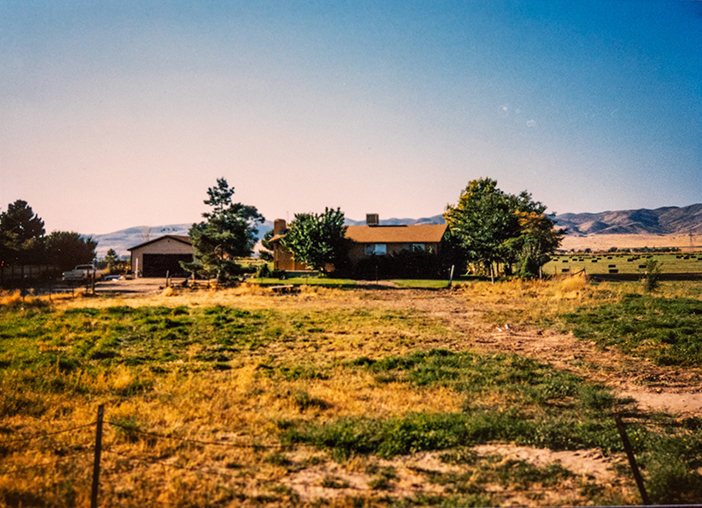 Andy's family home in 1995 located on the future site of Riverton Hospital.

“There was something special about this baby that wasn’t planned at all,” said Kate. “My mom passed away in 2016. This baby was due within days of her birthday. To be able to deliver on Andy’s family farm, so close to her birthday, it was really special.”

Kate chose Riverton Hospital and OB/GYN Tricia Twelves, MD, because she wanted to be in an urban area, with access to specialized care, in case anything went wrong with the pregnancy or delivery, but also because of the family connection to the land.

“I asked my husband if it would be weird to deliver at Riverton Hospital, and he said ‘Not at all,’” despite the eight-hour roundtrip drive for prenatal visits and the birth. After all, Andy had wonderful memories of growing up there.

Andy’s grandparents, Darrel and Zelma Brown, originally purchased the farm where he raised cattle, alfalfa, corn — and Andy’s dad. Richard Brown later raised his own children there. By age 6, Andy was driving a truck and helping move cows. He rode his favorite horses, Punkin’ and Rocky, all over the property — from today’s helipad and ER to the big Intermountain Healthcare sign and across Bangerter Highway to the family corral.

His grandfather had always dreamed of owning a larger cattle ranch in Nevada, but passed away before it could happen. Andy’s father fulfilled the dream in 1995, when he sold the Riverton property to Intermountain Healthcare and bought a spread near Carlin, NV, where Andy now helps his brother raise 350 head of cattle and also works in a tractor dealership.

The couple’s older children, Darrel, age 7 (named after his great grandpa), and Kassidy, 5, are having the kind of childhood Andy had, riding horses and branding cows — the kind that’s largely disappeared from the Salt Lake Valley. But they’re grateful for what replaced the Brown farm. 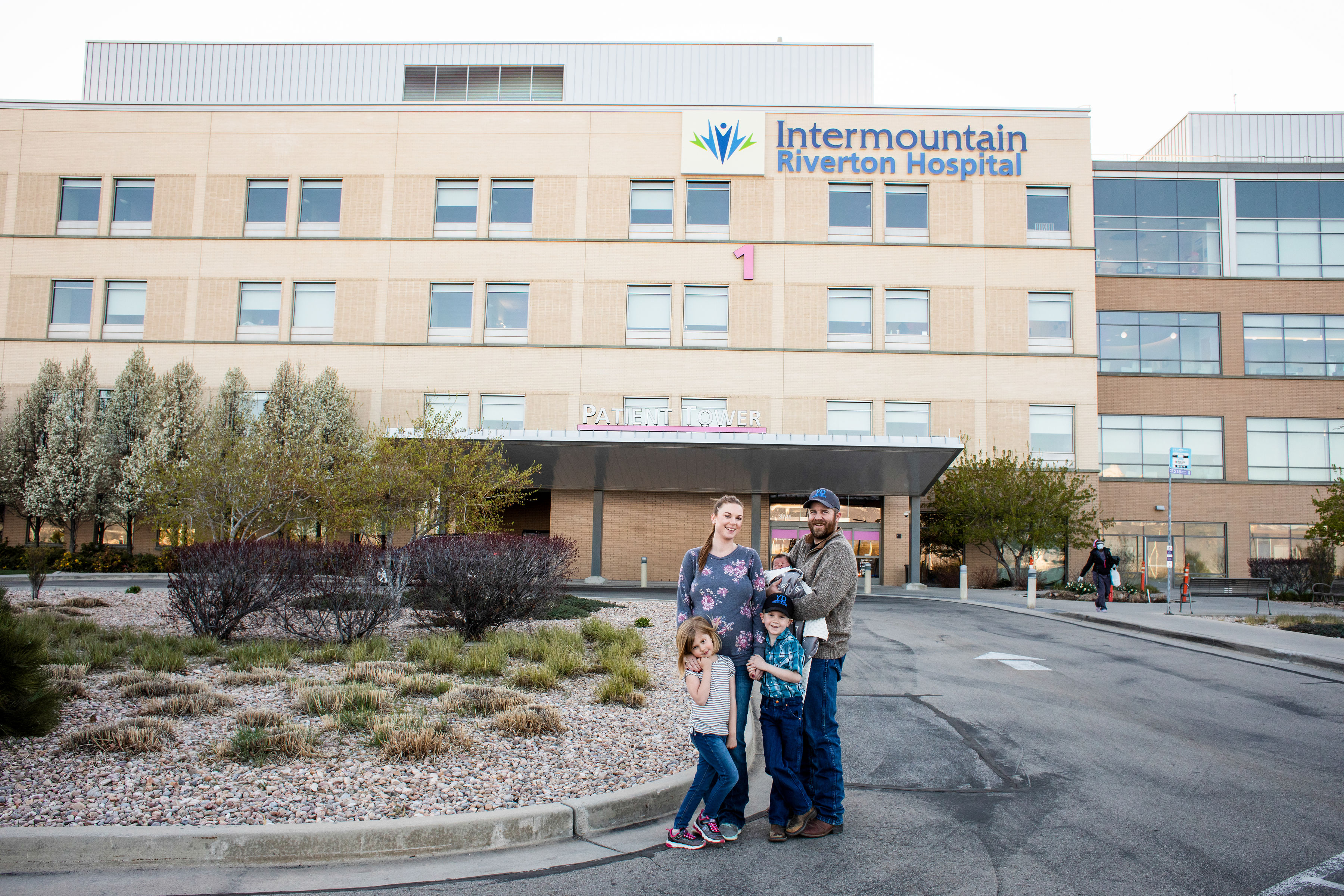 “I loved my experience at Riverton Hospital,” said Kate, who was induced after eight days of stalled labor. “I was very anxious. I don’t know why, but I had this inkling that something was going to happen. I didn’t want to be induced. I feared hemorrhaging.

“My nurse, Sierra, was amazing. She coached me through it and calmed me down. All the nurses we had throughout our stay were amazing,” she said. Kate was especially relieved that the hospital allowed Andy to be with her for the delivery, despite coronavirus precautions.

“We had a terrific experience,” said Andy. “All the staff were great. They were taking precautions to make sure everyone was as safe as they could be. You could tell, they were there for the patients.”

That part of the story is not surprising at all.