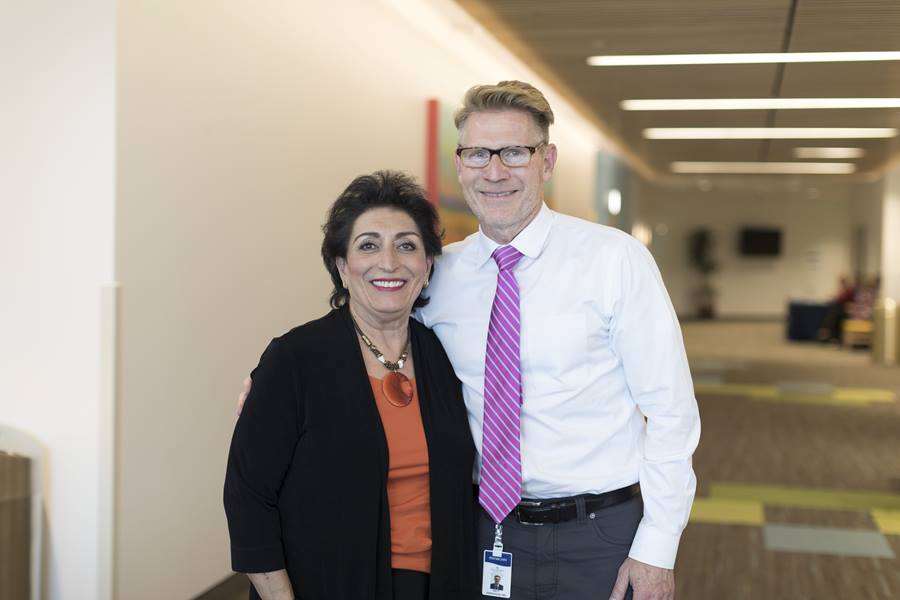 Yasmen Simonian has always used her voice for good, and going through breast cancer and a mastectomy has helped her magnify that voice. In a conversation with radiologist Dr. Brett Parkinson, she explains she’s no longer afraid to do things—and how beating breast cancer has given her the liberty to be an advocate of early detection.

Brett Parkinson: Yasmine, I've always wondered how you came to the decision about your treatment. Women with small tumors can either have a lumpectomy or mastectomy. How did you arrive at your decision, and how was your self-image affected by that, if at all?

Yasmen Simonian: When you first saw the spot in my right breast, I had biopsies and I decided that my life's more important. One breast is not going to make me less of a woman than I am, and I decided to have a mastectomy and then reconstructive surgery. I really didn't need a breast that was malignant.

Dr. Parkinson: And I don't think that not having a breast really interfered with your teaching assignments.

Yasmen: No. It didn't. I kind of was an example. I always had a voice, but it has magnified my voice. I'm not afraid to do things. I was afraid when I was diagnosed, not because I was afraid of dying, but I was afraid of not being around for people who need me. After I've been treated and I know I'm well, I'm not afraid. I can say if I had cancer, I can say whatever I want. It's given me a liberty and a freedom to talk to people, to be a real advocate of early detection of breast cancer.

Dr. Parkinson: Since I began my career in 1991, the mortality rate for breast cancer has gone down by 40%. I feel that’s because of screening mammography. We have many ways of diagnosing patients, but we can't diagnose patients unless they come in. In your conversations with other women, what do you think are some of the barriers that keep women away from being screened?

Dr. Parkinson: You want to speak to how you feel about yearly screening mammography?

Simonian: Oh, it's my lioness blanket. It gives me a feeling of comfort to know that we're looking and making sure that we're ahead of time. There's no way I would skip a year.

Dr. Parkinson: Today, if a woman has an early stage breast cancer that we detect on mammography, the overwhelming majority of the time, she will survive, just like you've survived. Just like you're helping other women survive by being out there, by being an advocate, by being your charming self, and getting the word out.

Yasmen: The experience you have, the expertise, is commendable. You have passion, you care, you're there for us. I would like more physicians to be like you.