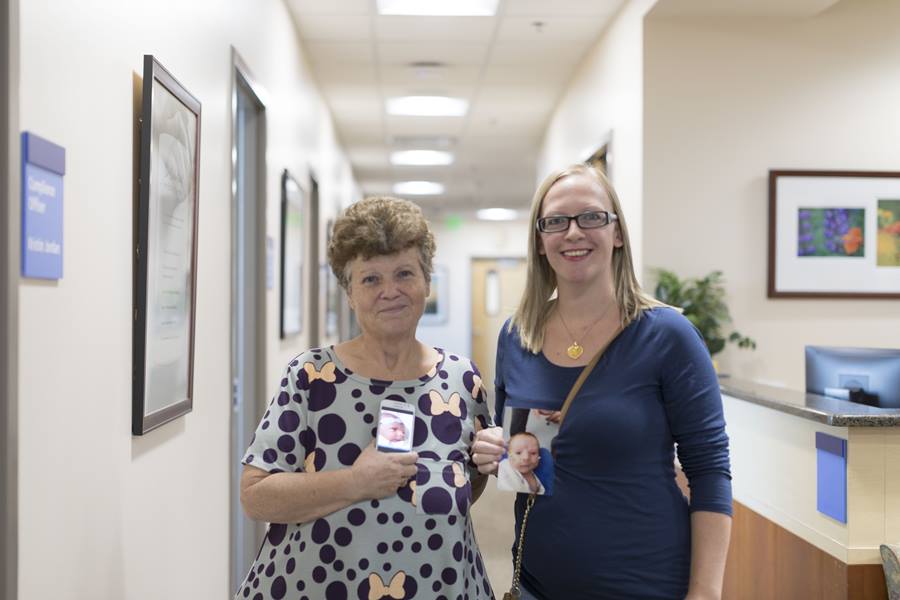 Nicura Thompson: When I was five months pregnant we found out that Colton had a heart defect. At seven months he was diagnosed with seven heart defects that he had to endure.

Nola Spicer: And this is something that's part of your family?

Nicura: It can be hereditary but most of the time it's just a fluke.

Nola: How common is this?

Nola: Wow. In our particular situation, our Caden was diagnosed when he was about four months along. He only had half of his heart developed. I kind of expected it because I had found out that many different heart defects were congenital with my daughter-in-law's family. From the year 1919 until now, there are 11 babies that are buried in the same cemetery that are all from the same family. From that point we met with a high-risk obstetrician because they knew that this baby, as well as your baby I'm sure, was not going to be able to be born in the regular set of circumstances. So tell me about what happened after that in your case.

Nicura: We delivered at the U of U He was transferred over to Primary Children's and he stayed there for about five days. He came home for 12 days and, unfortunately, he had some breathing issues and he was life-flighted to Primary Children's where he stayed the next 20 days. And he passed away when he was exactly six weeks old. He died in my arms on my 20th birthday. So ever since then I've kept trying to keep his memory alive and just raise awareness of congenital heart disease. The first thing I did was I kept pumping breast milk for about seven months to donate to the Colorado Milk Bank. They wanted his milk to help other babies. I call it his milk because that's who it would have been for. I wanted him to be proud and I wanted to help other babies in need because we know how important breast milk is to such fragile babies.

Nola: With Caden, we were not able to have him quite as long. He was not even able to get to his first surgery because his little body just started fighting and struggling. His lung collapsed when he was 12 hours, and his body was just saying, "No. I can't do it." By the second day we knew that they were going to have to make the choice to remove him off of life-support. That is not something any parent should have to go through.

Nola: Or to have a child die in their arms.

Nicura: My fight will never end until I can spread awareness because Colton's my son, and he will always be my son even though we only had him for six weeks. You name it, we're doing something in his name. It's what I'm here for.