Visiting the doctor’s office for preventative care during a worldwide pandemic probably isn’t at the top of anyone’s list.

However, staying aware of your overall health and wellness, and going to the doctor in a timely manner – even during this difficult time – might just save your life.

Ric Rogers, a colon cancer survivor, knows from personal experience the importance of not delaying care.

Rogers was playing basketball with some friends during the summer of 2019 when he started to notice some concerning symptoms.

“I was running up and down the court and started feeling really dizzy,” he said. “When I almost passed out, I knew there was a problem.”

Rogers, who was a few weeks away from turning 39 at the time, is a lifelong athlete. He played soccer at Westminster College and has always been active and enjoyed many different sports. When he was unable to keep up with friends of his age and older, he knew he needed to talk to someone about it. Rogers thought he had anemia based on his symptoms.

“During that time, I was craving ice, and would get winded walking up one flight of stairs,” he said. “However, when I went in for my annual physical I passed with flying colors.”

After getting bloodwork done, Rogers was diagnosed with anemia. His bloodwork results led his doctor to recommend a colonoscopy, in addition to meeting with a gastroenterologist for further testing. It took Rogers six weeks to get in for a colonoscopy, but as soon as the results of this procedure came in, things started to move quickly.

The colonoscopy revealed several small polyps and a growth the size of a golf ball. The growth was biopsied and sent to the lab for testing.

“I had my colonoscopy on August 20th and got the results of the biopsy just two days later,” he said. “I got a call on the 22nd telling me I had colon cancer and that I would need to get a CT scan.”

Within minutes of receiving this news, Rogers got a call to schedule his CT scan, and five minutes later the surgeon’s office called to schedule the surgery to remove the cancerous growth in his colon.

“I had the CT scan at 7 a.m. the following day, August 23rd,” said Rogers. “I also met with my surgeon later that day, during his lunch break, and he scheduled the surgery for the following Tuesday.”

In just one week, Rogers had a colonoscopy, received a stage 3 cancer diagnosis, and underwent surgery to remove the cancer.

“You hear about cancer, but when it happened to me it was hard to know what it all really meant,” said Rogers of his stage 3 cancer diagnosis.

Dr. Tae Kim, a colon and rectal surgeon, operated on Rogers and removed eight inches of the colon, along with 29 lymph nodes. After surgery, Rogers met with Dr. Mark Lewis, the oncologist who organized and monitored his chemotherapy over the following weeks and months. Rogers started chemotherapy on Oct. 17 and had treatments every three weeks through the end of December.

Rogers is still being monitored by his care team, and has a CT scan every six months and bloodwork every three months.

“Between the surgery and chemotherapy, it feels good to know that we did everything we could to prevent the cancer from coming back,” said Rogers. “Since completing chemotherapy last December, my bloodwork and CT scans look great.” 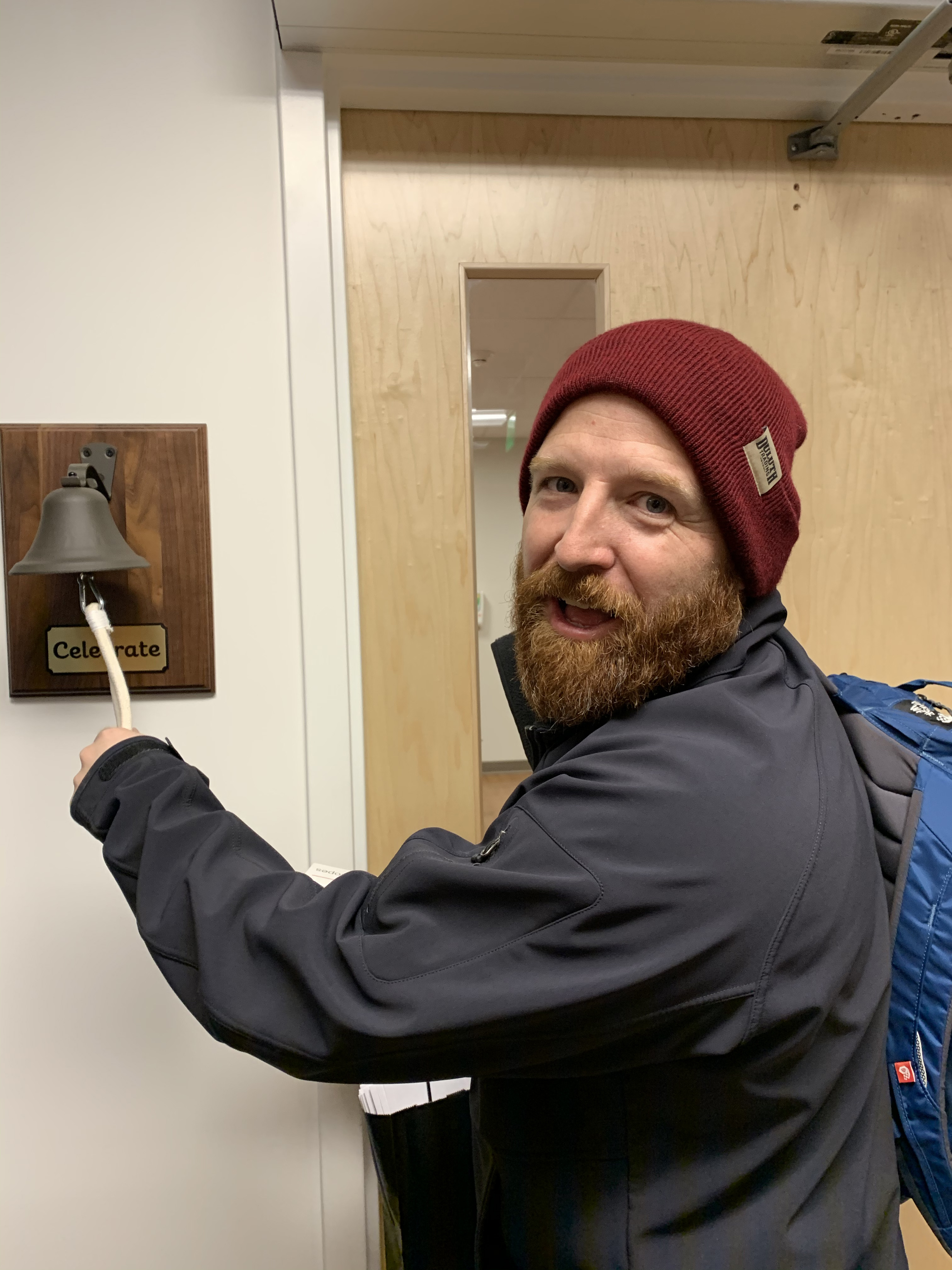 Rogers credits his doctors for moving so quickly on his diagnosis and adjusting their schedules to meet with him so soon after his diagnosis.

“I got in really quickly after the cancer diagnosis, and I know that prevented me from having other issues along the way,” he said. “Even if I end up facing problems in the future, I know I am on top of my health and that my care team is with me every step of the way.”

Rogers is grateful he got the care he needed, and that he will be around to continue to enjoy his time with his wife and four kids. 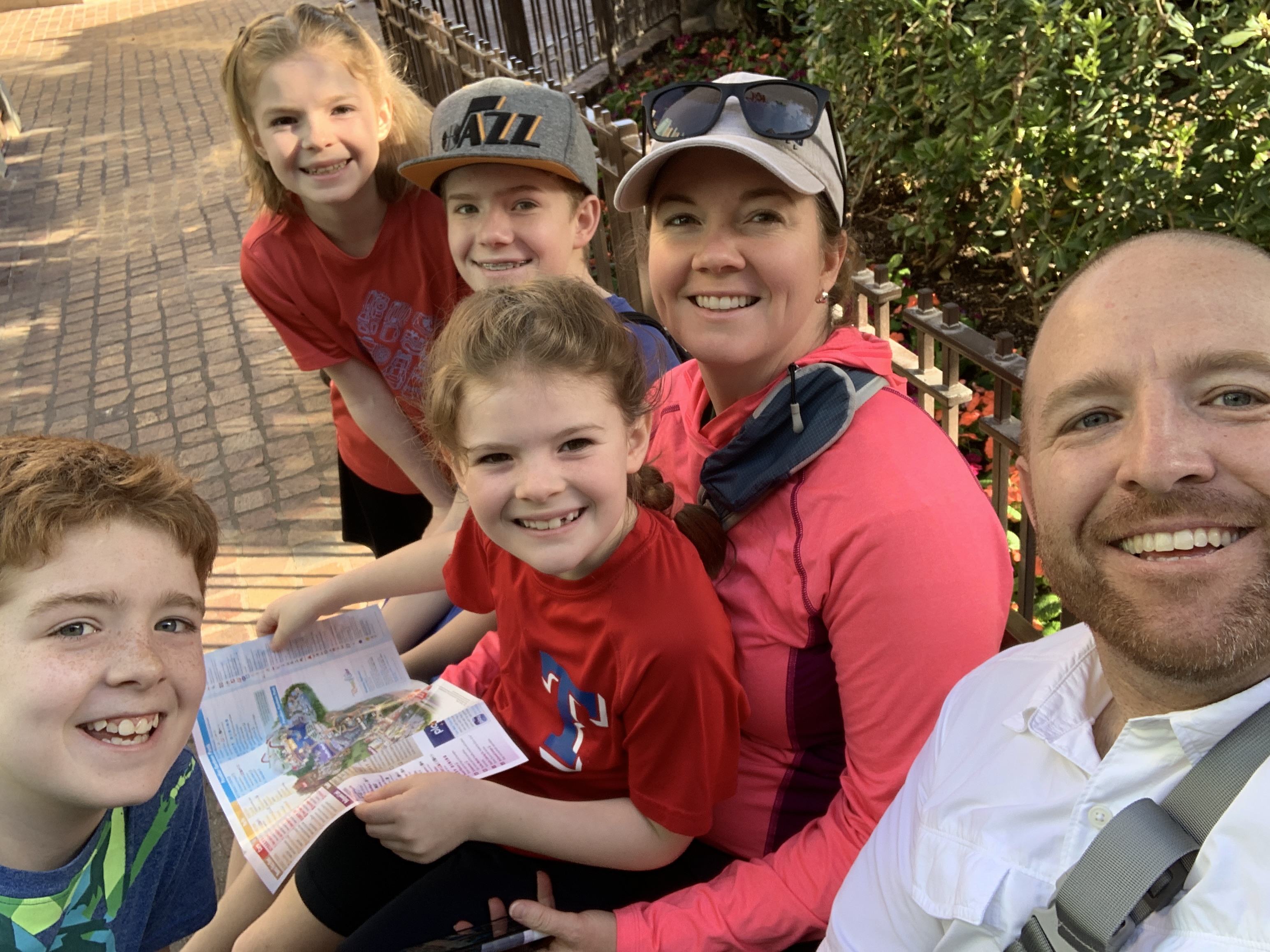 Rogers has some good advice for anyone concerned about a non-COVID medical issue during the COVID-19 pandemic.

Rogers credits his positive outcome to not waiting to get care, and asking his provider lots of questions.

“Regardless of what’s going on in the world — whether it’s COVID or not — pay attention to your body,” said Rogers. “If there are things that aren’t feeling right, talk to your doctor about it.”

All Intermountain Healthcare facilities are following strict guidelines to keep all patients, providers, and visitors safe — no matter the procedure or treatment needed.

Starting April 1 of this year, all Intermountain facilities began to implement a questionnaire for all visitors, patients, and providers to help reduce the risk of exposure. This process — as simple as it may seem — helps keep our communities healthy and safe from the spread of COVID-19.

These added precautions should help patients and community members feel comfortable and safe enough to seek the care they need at any Intermountain Healthcare facility.

Getting a colonoscopy or any other needed cancer screenings is important to do no matter what is happening in the world. In fact, the National Cancer Institute estimates that more than 10,000 people may die from preventable cancers because of delayed screening during the COVID-19 pandemic.

Don’t let a global pandemic stop you from seeking the care you need. For more information, check out the American Cancer Society’s list of recommendations for cancer screening during the COVID-19 pandemic.